This is based on the first Fullmetal Alchemist series (51 episodes) adapted from the manga in 2003. Back then, 4:3 format was still the most used standard. Fullmetal Alchemist wasn’t easy to use for this project since this anime is mostly dark, depressive and the mood doesn’t really fit upbeat music.

I used a lot of scenes from openings/endings since the best animation is usually there and I put a heavy focus on the lip sync.

“One” is from Scooter’s 2004 album “Mind The Gap”. I mixed 2 different versions of the song for this AMV. 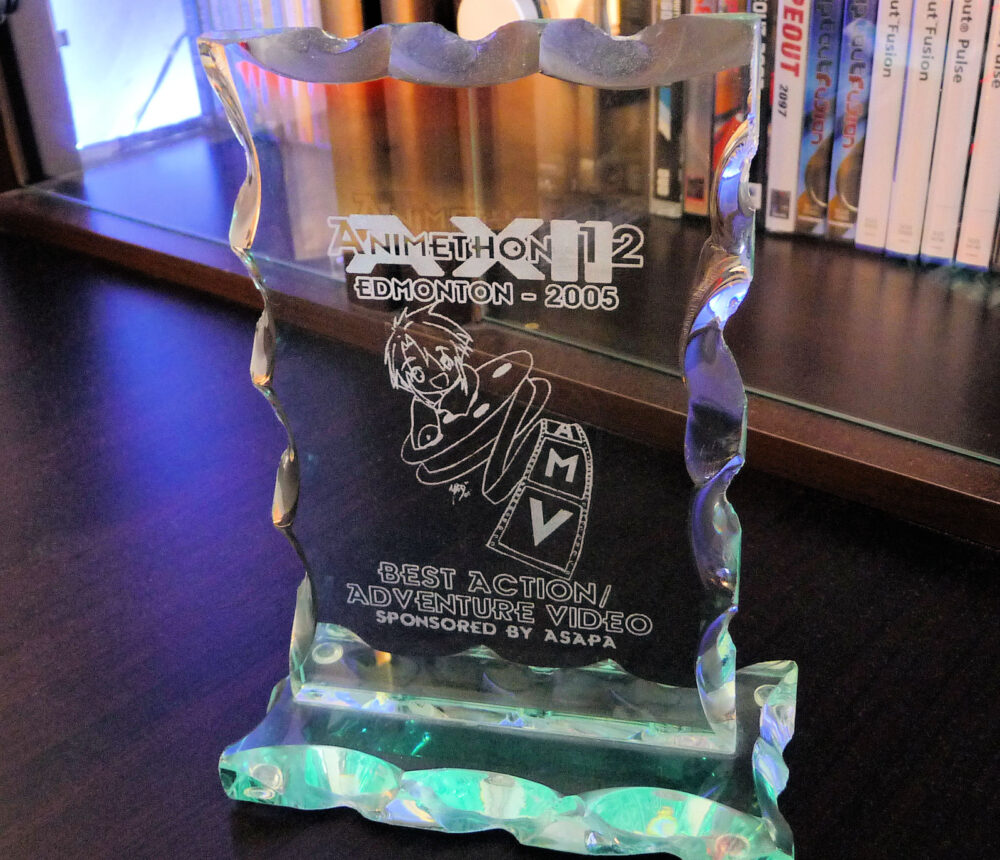 Based on Dragon Ball Z and made by Rider4Z in 2013, this parody in a full-fledged AMV a level above my original AMV.

She managed to follow my original timeline and effects while improving on everything. This AMV even won several awards as best action/dance/upbeat at 2013 anime conventions.

Rider4Z is still very active in the AMV scene to this day (2021), you can follow her on Youtube.

Here’s a live video parody from 2009 with cheap amateurish props but they got lip sync some nice locations and a ton of cool ideas. Just the fact that they actually made a live video after an AMV is awesome. I left a comment challenging those guys to make a Magic Pad parody a few years ago and I’m still waiting.

For some reason the Youtube upload is gone, copyright maybe, good thing that I have a backup but I now have no way of finding them again and can’t credit them properly other than the names from the end credits: Lord Aron, Ninjabreadman, Coinoperatedgirl, Aseugremis, Jakeinthebox, James Blond and Darkdart.