I just realized it’s been more than 3 years since NostroMegamix Trance 01 and decided to put my other projects on standby to work on a sequel.

This one is shorter but more consistent on both audio and video with each track lasting less than 2 minutes. Considering my noob level in audio mixing, the hardest part for this project was to select tracks and put them in the best order to obtain good mixing and smooth transitions.

I ran into the same issue as last time with the video where I couldn’t find any good footage for some tracks and had to improvise with random fillers. The general editing is pretty heavy as you can see on the timeline capture and yes, audio mixing is done in Premiere. It’s probably not the best way to do it but it kinda works. 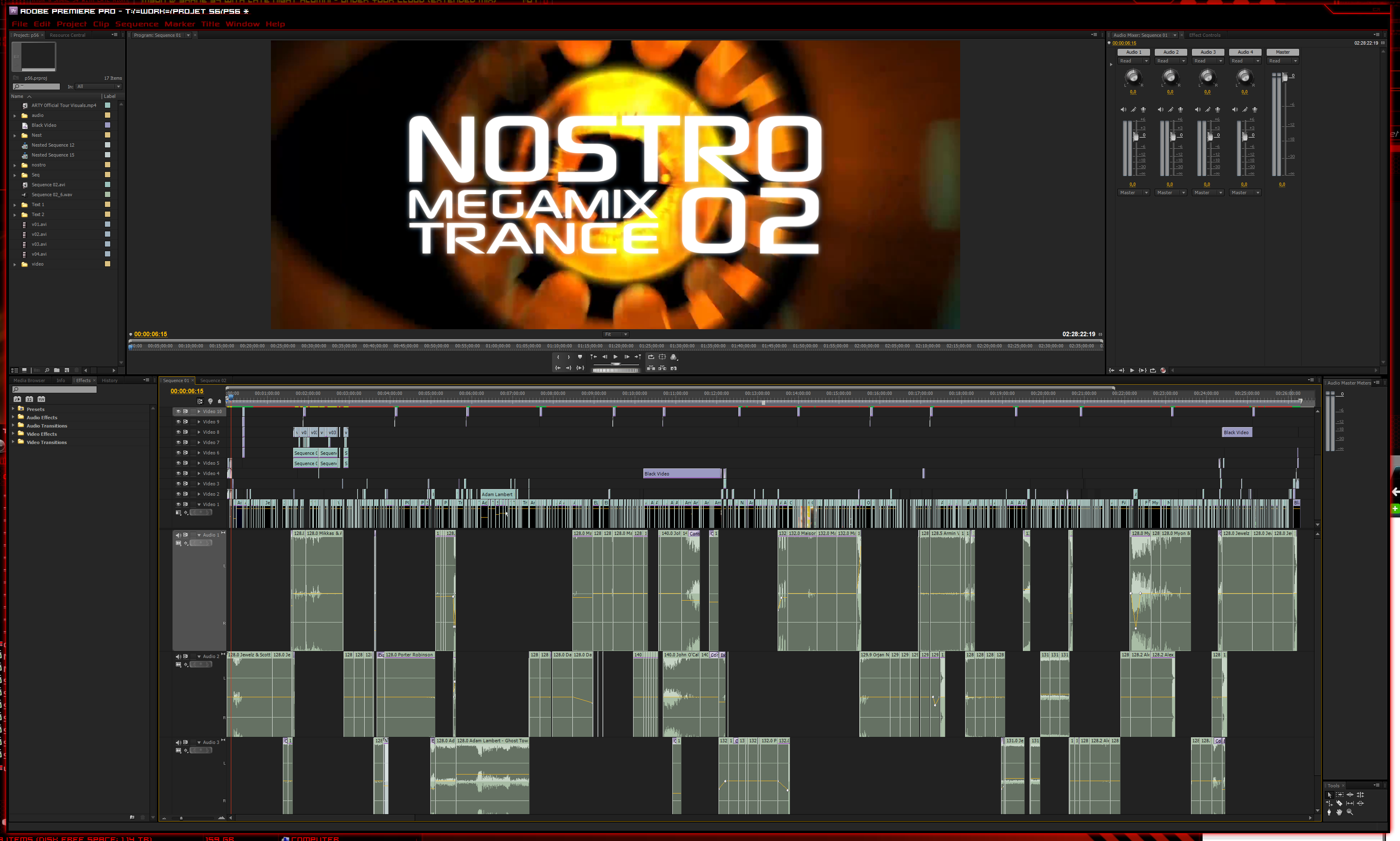